At a certain point in the last several years my health had deteriorated to the point that the physical mode of painting that I aspire to had become out of reach. I cultivated production strategies designed around the limitations of my physical energy. This included occasionally laying down on a table in the studio and sleeping. I began a series that I called Incremental Paintings, which involved my coming into the studio, taking a great deal of time and making a very limited amount of marks on the surface of a piece. I then took time to witness the drips being pulled downward by gravity, observing shifts of light, literally just watching the paint dry. This was research, an investigation of an expanded kind of time. Ultimately time is as much a component of these works as the paint, primer or wood surfaces. The process took place over several months. At the end of this period, I felt the works needed to be completed, conceptually framed, clarified. I had begun to see them as windows, as theatres – they were the result of performative engagement. I introduced a kind of curtain structure over the compositions, done in a color that was divergent from my usual palette, chosen to set this series apart – the proprietary color Old Holland Blue. 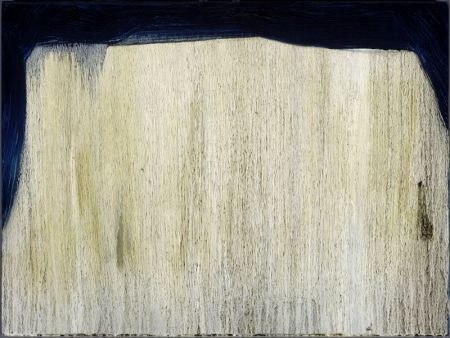 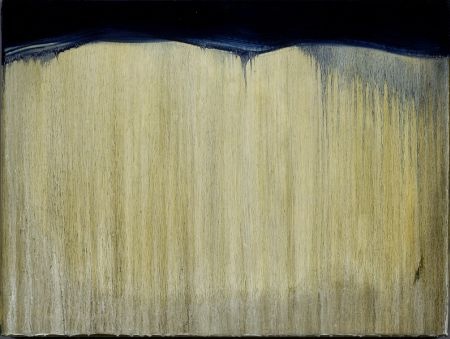 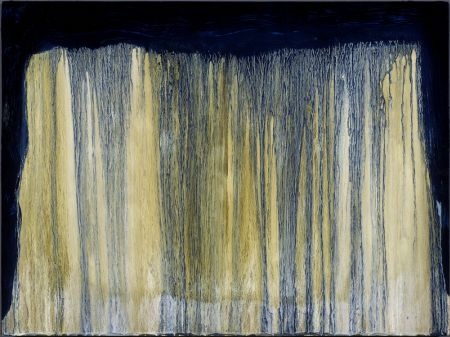 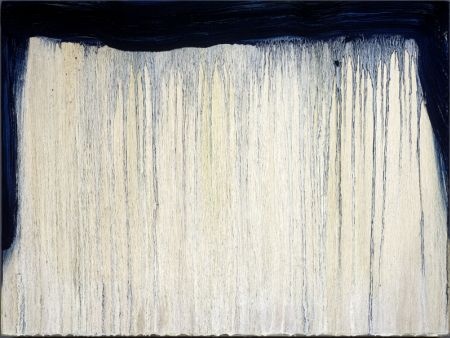 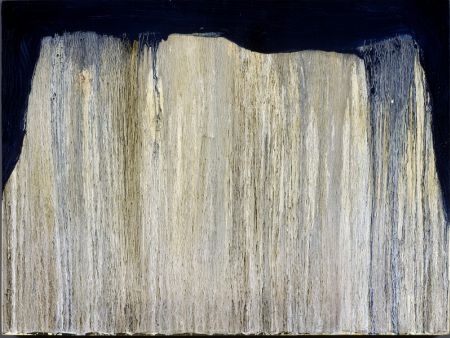 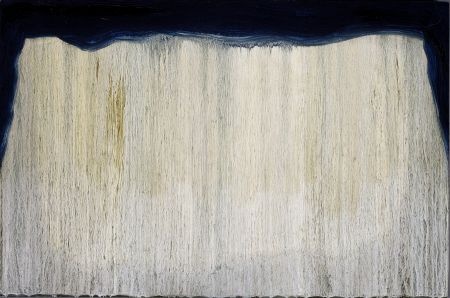